CoreELEC is distributed as Release to The Web (RTW) or Web Release, a means of software delivery that utilizes the Internet for distribution. No physical media are produced by Team CoreELEC with this type of release mechanism. 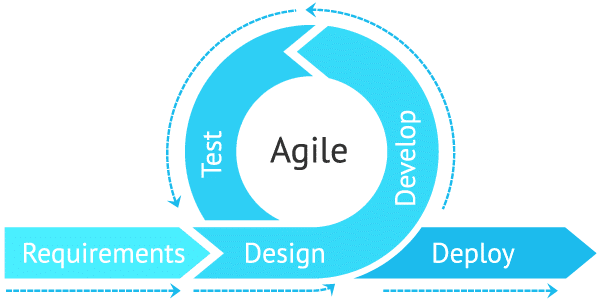 The CoreELEC Development Cycle (CEDC) is defined by an agile methodology with clearly outlined processes for creating high-quality software.

Agile methodologies have been credited with making software projects more successful at meeting end-user, customer and business needs, and at producing software more quickly and responsively than traditional Waterfall methodologies.

The CEDC methodology focuses on the following phases of software development:

This article covers the CoreELEC update cycle in greater detail.

Reasons include newer and better technologies being made available, marketplace changes, or source parts and technologies no longer being available. This phase is part of any technology product lifecycle.

In this phase, development ceases, and Team CoreELEC no longer provides technical support for the product.

Team CoreELEC tries to make the EOL process as seamless as possible for end-users and partners alike while providing transparency into what can be expected.

Service announcements are released prior to the products' End-of-Life date.